You are here: Home1 / Deceleration Parachutes

Also known as drag parachutes or braking parachutes, deceleration parachutes are used to slow down the speed of aircraft or other vehicles. Drag parachutes are effective for landings on wet or icy runways and for high speed emergency landing. Initially developed for use under such conditions, these parachutes proved so effective that they are now used for all landings, resulting in a substantial reduction in tire and brake wear.

Most deceleration parachutes we manufacture are procured by the US Air Force and many NATO countries. They include the 16-foot F-4 parachute and the 15-foot F-5 parachute. 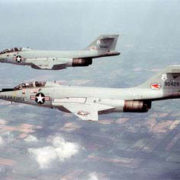 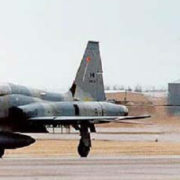 Component parts for all deceleration assemblies can be supplied separately. Contact us to request the parts number list.

For governments and militaries, we offer a full line of basic military parachutes. We can also customize a parachute to meet your individual needs.

The difference, however, is that a drogue parachute is only deployed for a few seconds before the main is pulled, while a deceleration parachute is deployed until the aircraft stops.